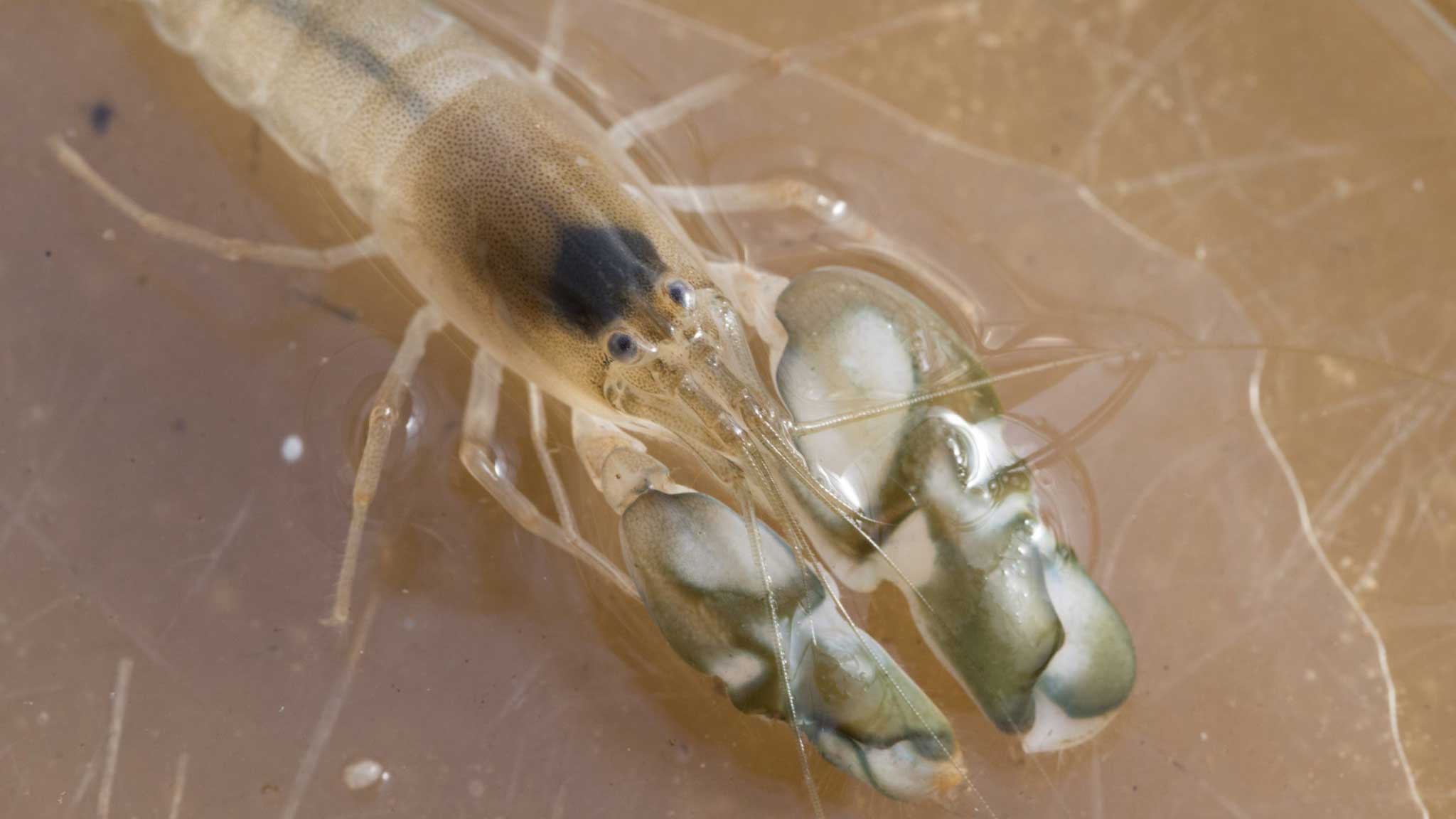 In the first study of its kind, WHOI marine ecologists Ashlee Lillis and T. Aran Mooney established a clear relationship between rising temperatures and the frequency and volume of the sound emitted by two snapping shrimp species, with implications for underwater navigation and communication for both humans and animals. The continuous popping sounds made by snapping shrimp—which evoke the sound of sizzling bacon—are so loud and cover such a wide acoustic range that it interferes with ship sonar and fish finders. Research shows that whales and dolphins may rely on the sound of snapping shrimp to orient themselves along the coast, and diverse soundscapes help attract fish, shellfish, and coral larvae to appropriate settling sites.